Hey there word gum-a-roos! So, I was a big Cassandra Clare fan and my first series of her was The Mortal Instruments series. I read most of the series until I had to stop because of exams and studies and ugh. After I’d stopped I’d never picked it up because … I’m not sure honestly. But I loved the series as far as I had read it at that time.

Also, when I saw this tag on Charvi’s @Not Just Fiction I knew I had to do it. Check out her post too, it inspired me to do mine! On to the tag!

Rules
1. Copy and paste these rules.
2. Choose a rune.
3. Tag whomever you want.
4. Link back to the creator’s original post: Stephanie @Books In The Sky.

Of course, I’d choose the Love rune. I’ve never believed any other emotion or anything else has the kind of strength that love does. Everything else can perhaps be cultured, acquired or learnt. But love is inherent and all-encompassing.

Quod in te est, prome
“Bring forth what is in you”

A Book Where The Hero Realizes Their Own Strength

The Hidden Legacy series by Ilona Andrews and especially Nevada Baylor is the perfect example for a book in which the protagonist realises their own strength. She had all the odds stacked against her, but family, love and kindness takes her many many paces up. Then, of course, there’s the matter of all the potential that lays hidden within her … enough to take on even Mad Rogan. *mysterious music plays in the background* (Also, that cover is misleading, don’t judge the book by it.)

I think I mentioned this in my review for this book, where the situation is such that you literally have no idea what thread of solution to even pursue, or where the Zera could tell on what’s happening and where she could keep mum. Honestly, the plot was beautifully written to ensure that we never feel that the heroine is only stuck because she’s not doing something; she truly was stuck and there was nothing she could do. I’d pretty much given up, truth be told.

Quis Contra Nos?
“Who is against us?”

A Book With The Best Villain

I originally wanted to go with the Shadow and Bone series, but I wasn’t sure I had the right to speak about it because I hadn’t read it completely and honestly, I love the Darkling and I don’t have the heart to call him a villain even if he totally was the best one ever. SO, Relic had a very very interesting villain as well and I rather enjoyed seeing the strange personality of Lord Rennard and the facets of his emotions and behaviour that was linked to the, well, relic.

Lex Malla Lex Nulla
“A bad law is no law”

A Book With The Best Rebellion

Of course, The Hunger Games. I don’t think I even need to explain why I chose this book. Nothing stands out in all our minds as a good rebellion like The Hunger Games! I VOLUNTEER!

Victoria Limes
“Victory is the boundary”

A Book With The Best Battle Scene

Kiss of Snow by Nalini Singh was the tenth book in the Psy-Changeling series and it was literally a decade in the making. The whole climax is just … *goosebumps raise along arms*. Yowza. As soon as I read the title for this category KoS popped in my head instantly. 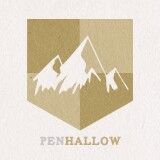 A Book Where The Character Relies On Their Brain

I’m not the only one that thought this right? Jude had nothing on the Faeries in terms of their power, beauty, strength or magic. But they had nothing on her smarts. 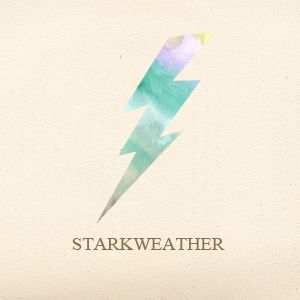 A Book That Emotionally Messed With You

Ugh, I’m telling you, it was that second-best syndrome. It hits too hard and too close to home with everyone I think, when you read about how a protagonist feels like they can never live up to something/one. Oof, this book had me ugly crying. I also thought of All Your Perfects by Colleen Hoover, but this book trumps that because I could hold on (in AYP) until the end, but I broke mid-way while reading Storm and Fury.

Inclinata Resurgit
“When pressed down, it raises itself again”

A Series Where The Sequel Was Better

I mean, do I even need to explain?

Another book that also counts in this category is The Burning Shadow by Jennifer L. Armentrout, but I think I want A House of Rage and Sorrow to please step up to take this award.

Did you have any answers that came to your mind immediately when you read a category? What were they? Consider yourself tagged! ❤
Happy reading everyone!